NATURE always stands as a golden mark to exemplify the outstanding phenomenon of symbiosis. The biotic and a-biotic elements of nature are all interdependent. The plants are indispensable to man for his life. The three important necessities of life are food, clothing and shelter and a host of other useful products are supplied to him by the plant kingdom. Nature has provided a complete store-house of remedies to cure all ailments of mankind. The knowledge of drugs has accumulated over thousands of years as a result of man’s inquisitive nature so that today we possess many effective means of ensuring health-care. The human being appears to be afflicted with more diseases than any other animal species. There can be little doubt then that he, very early, sought to alleviate his sufferings from injury and disease by taking advantage of plants growing around him.

In the past, almost all the medicines used were from the plants, the plant being man’s only chemist for ages. Today, a vast store of knowledge concerning therapeutic properties of different plants has accumulated. All phyla of plants viz. Thallophyta, Bryophyta, Pteridophyta and Spermatophyta (of which conservative estimates place the total number of known species at approximately 3, 35,000) contain species that yield official and unofficial products of medicinal importance. By far, the greatest number of these is derived from plants and includes three hundred or more recognized families of Spermatophyta. The history of herbal medicines is as old as human civilization.

The documents, many of which are of great antiquity, revealed that plants were used medicinally in China, India, Egypt and Greece long before the beginning of the Christian era. One of the most famous surviving remnants is Papyrus Ebers, a scroll some 60 feet long and a foot wide, dating back to the sixteenth century before Christ. The text of document is dominated by more than 800 formulae and 700 different drugs. The drugs such as acacia, castor oil and fennel are mentioned along with apparent references to such compounds as iron oxide, sodium chloride, sodium carbonate and sulfur. Most of the medicinally active substances identified in the nineteenth and the twentieth century’s were used in the form of crude extract. In China, many medicinal plants had been in use since 5000 B.C. The oldest known herbal is Pen-t’sao written by Emperor Shen Nung around 3000 B.C. It contains 365 drugs, one for each day of the year.

Indians also, worked meticulously to examine and classify the herbs which they came across, into groups called Gunas. Charaka made fifty groups or ten herbs each of which, according to him, would suffice an ordinary physician’s need. Similarly Sushrutha arranged 760 herbs in 7 distinct sets based on some of their common properties. A large portion of Indian population even today depends upon the Indian system of medicine- Ayurveda, ‘An ancient science of life.’ The well known treaties in Ayurveda are Charaka Samita and Sushrutha Samhita. Ayurveda- ancient science of life is believed to be prevalent for last 5000 years in India. It is one of the most noted systems of medicine in the world.

Ayurveda is based on the hypothesis that everything in the universe is composed of five basic elements viz. space, air, energy, liquid and solid. They exist in the human body in combined forms like Vata (Space & Air), Pitta (Energy & Liquid) and Kapha (Liquid & solid). Vata, Pitta and Kapha together are called Tridosha (three pillars of life).  It is believed that they are in harmony with each other, but in every human being one of them is dominating which, in turn is called as the Prakruti of that person. Tridosha exists in human body in seven forms called Saptadhatu viz. Rasa (lymph), Rakta (Blood), Meda (Adipose tissue), Mamsa (Flesh), Majja (Nervine tissue), Shukra (Reproductive tissue) and Asthi (Bones). These tissues are subject to wear and tear so that mala (Excretory Material) is formed from them.

When Tridosha, Saptdhatu and Mala are in balance with each other, it is called as healthy condition while imbalance causes a pathological condition. It is hypothesized that the five characters of the medicinal herbs viz. Rasa, Guna, Virya, Vipak and Prabhava can be applied to treat various pathological conditions. 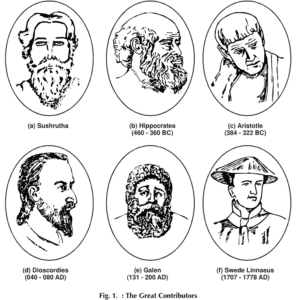 The first pharmacist, Galen, was known to have had a number of pain-relieving materials, including opium in his apothecary. For the next few hundred years, the formulations of  the medicaments in use changed very little, although some bold attempts were mad, by chemical entrepreneurs such as Paracelsus (1493 -1541) to develop mineral salts which might have had the  potential of being universal curative agents. However, throughout this period, the use of herbal extracts for medicinal purposes never lost its place.

Read the article on Linkedin 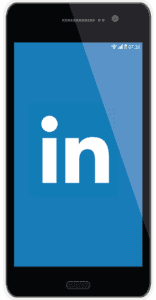 *These statements have not been evaluated by the Food and Drug Administration. Dr. Asma Herbal’s products are not intended to diagnose, treat, cure, or prevent any disease. The information on this website is for educational purposes only and is not a substitute for medical advice, diagnosis or treatment. For more information pertaining to your personal needs please see a qualified health practitioner.